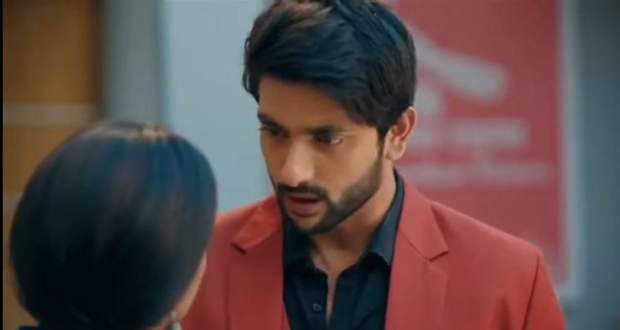 Today's Imli 19 January 2022 episode starts with Malini bursting out at Arpita when Arpita informs the Tripathi family that Aryan is trying to save Aditya and Imli.

At the same time, Malini gets a call from Anu who gives her the news of Imlie eloping from the police station.

Malini asks Anu to do anything but stop Imlie from reaching Pagdandia.

As a result, Anu hires some goons to kill Imlie.

On the other hand, Aparna is hopeful now that Imlie has eloped from the police station, she will bring Aditya back home safely.

Meanwhile, Imlie is advancing toward Pagdandia, unaware that her life is in danger.

Exhausted, when she stops for a moment on the road to catch her breath, the goons spot her.

At the same time, Imlie also notices a red-colored van coming towards her at full speed.

Before the van could have hit her, her father, Dev Kapoor, comes and gets her out of the place safely.

On the other hand, Aryan makes a heroic entry when Imlie’s foot slips while climbing on the top of the bus.

Imlie is surprised when Aryan doesn’t scold her for the fiasco she created, although he is upset with her.

Aryan is all set to go to Pagdandia with Imlie to save his team and Pagdandia itself.

Upcoming Imli episode updates: Aryan and Imlie face another trouble in their journey to Pagdandia.