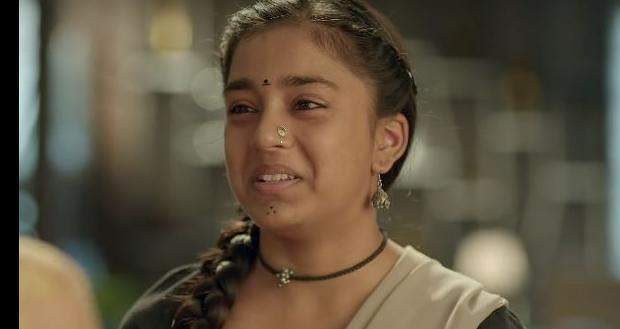 Today's Imli 19 June 2021 episode starts with Aparna getting convinced with Imlie's reason for saying 'I love you to Aditya.

Aparna's doubt gets cleared as Imlie says 'I love you to all the Tripathi's.

Further, Imlie tells Aditya that she wants Nishant to drop her at the college so that he meets Pallavi again.

On the other hand, Advocate Desai warns Kunal and asks him to stay away from Malini.

Meanwhile, Malini comes and apologizes to Kunal for everyone who is troubling him because he is acting as her boyfriend.

In the college, Imlie locks Nishant and Pallavi in the canteen room so that they talk to each other and clear out their misunderstandings.

Afterwards, Pallavi demands answers to her questions from Nishant and asks him whether why did he break-up with her.

After the exam, Imlie meets Malini and she tells her that she is on a mission to reunite Nishant and Pallavi.

Malini suggests Imlie that she should leave the decision on them both whether they want to come together or not.

Later, Malini and Imlie get shocked knowing that Nishant has fallen unconscious.

© Copyright tellybest.com, 2020, 2021. All Rights Reserved. Unauthorized use and/or duplication of any material from tellybest.com without written permission is strictly prohibited.
Cached Saved on: Thursday 29th of July 2021 05:59:20 AMCached Disp on: Sunday 1st of August 2021 06:35:03 AM