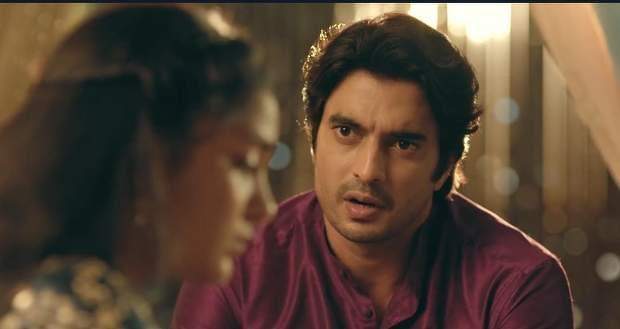 Today's Imli 19 March 2021 episode starts with Aparna and she starts recalling the past memories with Imlie, Malini, and Aditya.

Pankaj comes as Aparna starts being emotional and he consoles her by saying that all will come home soon.

In Pakhdandiya, Imlie and Aditya sit beside the diya to protect it from blowing out.

Imlie tells Aditya that since few days he has given her lifetime memories to cherish and she wants him to be happy with his life.

Imlie goes to have some water, after sometime Aditya goes behind Imli to see whether she is fine.

Dulari comes to the temple with bad intentions she makes the diya fall down with a stick.

Aditya sees it and rushes, he holds the wick in his hand.

Imlie sees it and gets worried she then helps Aditya to reduce his pain. Later, both are seen holding hands together.

The couple's photograph gets burned and Malini gets heartbroken. Anu and Nani console her.

Imlie then teaches Dulari a lesson. But, Dulari with her bad intentions keeps on cursing Imlie.