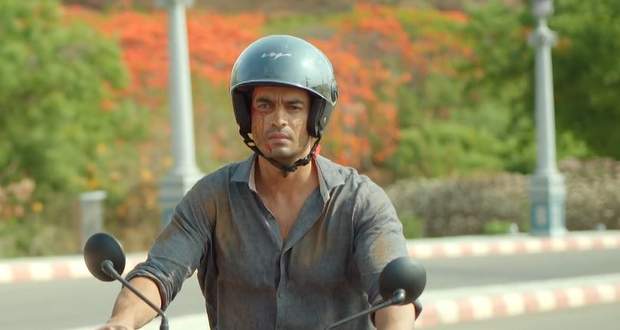 Imli 19th May 2021 Written Update: Aditya meets with an accident

Today's Imli 19 May 2021 episode starts with Imlie informing Meethi about Satyakaam trying to kill Aditya by burying him alive.

While Meethi confronts Satyakaam, Imlie tells them that she loves him.

Meanwhile, Aditya thinking that Imlie's life will be better separated from him while riding his bike and Aditya meets with an accident.

Imlie is worried about seeing Aditya lying unconscious on road.

On the other hand, The Tripathi family is worried for Aditya as he did not call anyone and Malini thinks of calling Aditya but stops thinking about Imlie.

Further, Malini hopes that Aditya would be fine.

On the other hand, Imlie brings injured Aditya to the room while she warns Satyakaam.

When Malini keeps thinking about Aditya, Aparna advises Malini to leave the house as Aditya did not deserve her.

Further, Aparna apologises to Malini and she promises that Aditya will realise his mistake and comes to her.

At the same time, Aditya regains consciousness and learns that Anu injured Imlie.

While Satyakaam asks Aditya to forgive him, Aditya tells Imlie that he revealed the truth to Malini.

Upcoming Imli episode update: Aditya tells Imlie that he will give her all her rights.