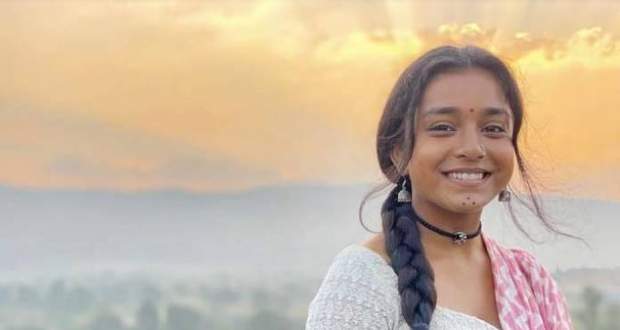 Today's Imli 1 December 2020 episode starts with Aditya taking Imli to an NGO for women. He tells Imli that NGO will help her in continuing her further studies.

Imli gets emotional but lies to Aditya that she will happily live at that place. Aditya leaves from there, while Amma’s spy Birju takes Imli on the side.

Imli hits him with a stick, while Birju forces her to come with him to the Bagdandiya village. Aditya punches Birju on his face and asks him to leave from Delhi.

Aditya decides to take Imli to his home, while Aditya’s family gives a warm welcome to him on reaching back home.

Imli introduces herself as a girl looking for work in the city. Tripathi’s questions Imli about her identity card, while Imli says that she will never let them down.

Aditya’s family welcomes Imli in their house and asks her to learn the household chores. Elsewhere, Mithi starts missing Imli on looking at her books.

Aditya’s sister tells Imli everything about their house, while Aditya calls Malini and asks her to meet him outside somewhere.

Imli overhears his conversation and Aditya asks her to not to expect anything from him.

Rupali shows Imli the room for her to stay, while Imli recalls Satyakaam’s teaching and gets motivated. Later, Imli gets happy to see Aditya’s joint family and tells them that she only has her mother in her family.

© Copyright tellybest.com, 2020, 2021. All Rights Reserved. Unauthorized use and/or duplication of any material from tellybest.com without written permission is strictly prohibited.
Cached Saved on: Saturday 23rd of January 2021 08:39:36 AMCached Disp on: Sunday 24th of January 2021 04:36:54 AM