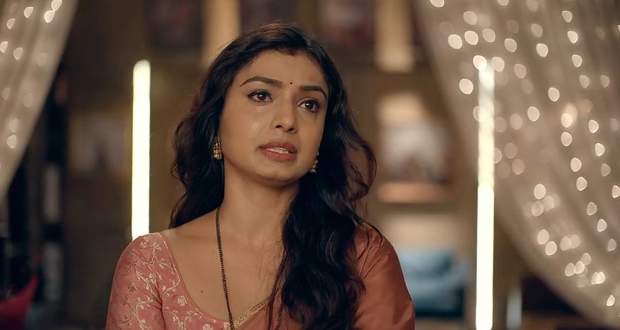 Today's Imli 1 February 2021 episode starts with Nidhi and the kids requesting Malini to not go to college.

Aditya calls Malini and informs her that he has won the National Press Award for Satyakaam's story and she gets very happy.

She tells him to show the award to her first and starts decorating the house with Imlie's help.

Imlie asks Harish is everyone is giving Aditya gifts and agrees after which she decides to make something for Aditya.

Elsewhere, Aditya is given the award and he gives the credit to Malini in his speech.

He talks about unheard and untold people helping them every step of the way while remembering his moments with Imlie.

Aditya's family hides in Aditya's room while Imlie decides to give her gift to Aditya alone.

Aditya reaches home while everyone hides in his room.

Aditya gets a call from Mithi and he goes to Imlie's room to give her the phone to let her talk with Imlie while Malini gets upset thinking where Aditya is headed.

Imlie talks to Mithi after which she gives Aditya the coin Satyakaam gave her as a gift while Malini leaves the room to look for Aditya.

Malini sees Imlie holding the Award and calls out to Aditya while the family comes there.

Malini gets upset amd leaves while Aditya goes after her and she tells him that it was also her dream that he gets this award and wanted to see it first.

Malini gives Aditya a silver coin as a gift.