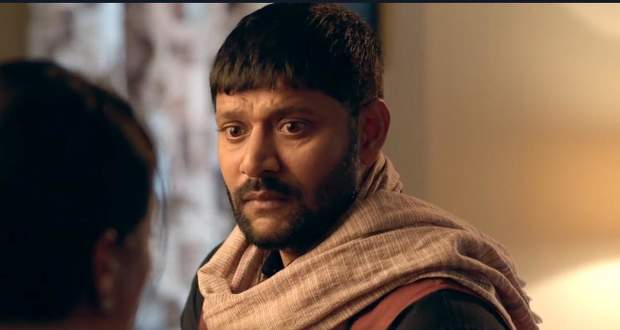 Dev leaves her hand and goes to Malini.

Malini's family have a family hug while Imlie remembers her mother watching them.

At Tripathi house, Malini does her Grahpravesh ritual after which the family start preparing for the ring finding ritual.

However, Sudar informs Aparna that there is no milk in the house which worries everyone.

Aparna tells him to add milk powder in water but Imlie says that she will not allow it.

Further, Imlie goes to a barn with Dhruv, Sundar and Pankaj and milks the cow there.

Imlie makes fun of Sundar and tells him to touch cows feet but he gets scared of the cow.

Imlie teaches Pankaj and Dhruv how to milk a cow while Sundar tells her that he also wants to learn but she denies him.

They bring back milk and the ritual starts while Pankaj informs her that the person who finds the ring is the one who loves other one more.

They both find the ring at the same time and reveal the ring together while Aparna says that they both love each other equally.

Aditya and Malini share a romantic moment while Imlie feels upset watching them.

Meanwhile, Anu feels worried when Malini doesn't call her and decides to call her.

The Tripathi's give Malini gifts while Pankaj asks Imlie what she will gift her.

Malini says that Imlie gave her everything to her and requests Imlie to always stand beside her.

Anu calls Aditya and tells him to give the phone to Malini. She takes the call while family members go to prepare for Muh Dikhai ritual.