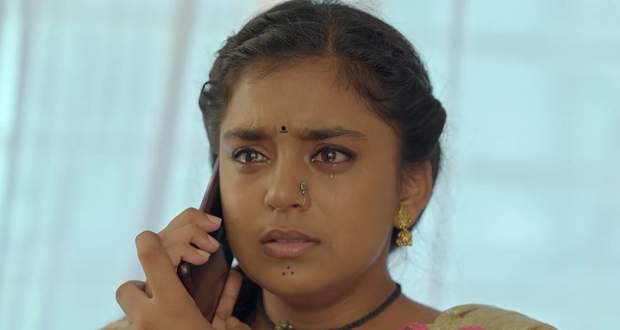 Today's Imli 1 June 2021 episode starts with Meethi informing Malini that Dev Chaturvedi is Imlie's father. She tells Malini everything that happened years ago.

Malini asks Meethi to reveal the truth to Dev's family but Meethi refuses to do.

Meanwhile, Imlie informs Dev that she will never accept her real father which upsets him.

Dev tells Aditya to inform him if Malini calls him and leaves.

At the same time, Malini calls Aditya and asks him about Imlie. Aditya asks Imlie to speak with Malini.

Malini promises Imlie to give her all her rights. She informs Imlie about revealing all the truth to her while Imlie hears her mother's voice on the call.

Imlie shares her worries regarding Malini but Aditya convinces her to support each other.

Malini promises Meethi that she will always support Imlie and informs her about returning to Delhi.

© Copyright tellybest.com, 2020, 2021. All Rights Reserved. Unauthorized use and/or duplication of any material from tellybest.com without written permission is strictly prohibited.
Cached Saved on: Saturday 24th of July 2021 10:52:20 PM