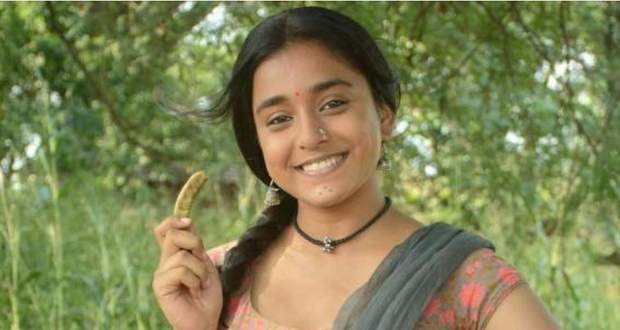 Today's Imli (इमली) 1 March 2021 episode starts with Radha cleaning Nishant's room while he was up and tells her to not do it.

He tells her how much he missed her and hits her while Imlie sees Aditya hugging Malini and wonders why she feels alone.

Later, Harish checks Imlie's temperature and tells her that she is fine bit prevents her from going to Malini.

She is about to go to the kitchen while Sundar stops her and tells gives her breakfast.

He while Imlie goes to the kitchen but Rupali sends her back.

He managed to get outside the house while Aditya notices her and drags her inside.

Aditya informs Aparna that he going by bus and leaves while she sends Sundar after him.

However, Imlie takes the lunch box and goes to give it to Aditya.

Later, she is going towards the bus stop while she sees some boys bothering some girls by telling them to do from another route as they are playing cricket.

She takes the girls with her amd goes while thinking that she will teach a lesson to them later.

Meanwhile, Aditya gets a call from his editor who tells him to work on the story he is given which angers him.

Imlie sneakily puts the lunch box beside him and goes back while Aditya gets a call from Aparna informing him about Imlie.

Imlie sees the boys harassing the girls and beats them with a cricket bat while they run away.

She notices Aditya and is about to apologise while he claps for her and praises her skills.

Later, the editor and Aditya get into an argument while the editor, at last, tells him to do what he wants but to be careful.

Elsewhere, Aparna and Radha get worried for Nishant while the family members inform them that only they don't know his whereabouts.

Upcoming Imli episode update: Imlie to lock herself in the house.