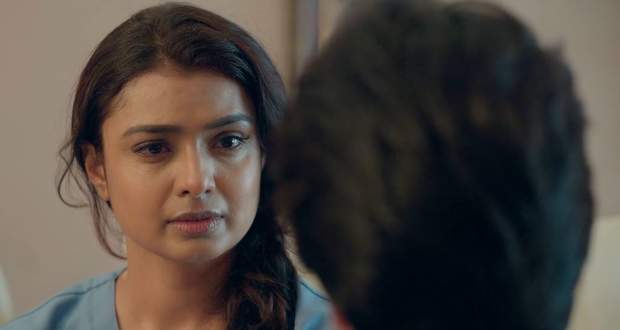 Today's Imli 1 May 2021 episode starts with Malini telling Aditya that she betrayed him by hiding the truth. Aditya tells her that he understands her while she asks him that what is he thinking.

Aditya tells her that both of them were in the same situation and she told him but he couldn't share with her. Malini asks him to tell but he makes an excuse and leaves.

Malini thinks that Aditya does not love her as there is no difference for him that there is someone in her life being a husband.

At Tripathi house, Aparna decides to confront Imlie while Rupi supports her and takes her away.

Aditya comes and the whole family tells him that Malini should be his primary priority as they have talked with Anu and she does not want Malini to return. The family tells Aditya to bring Malini home while he thinks that he should tell Malini the truth.

Anu tells Dev and Dadi that she will send Malini to Tripathi house after they agree to her condition.

Aditya informs Imlie that he will reveal the truth to Malini.

The Tripatis are tensed after knowing about Anu's arrival while Nishant suggests sending Imlie to the college hostel.

Everyone supports Nishant while Harish does not agree with them.

Upcoming Imli episode update: Anu puts forth a condition that Imlie should leave the house if they want Malini to return.