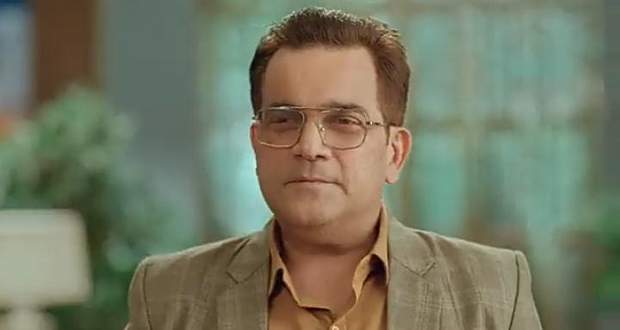 Today's Imli 1 October 2021 episode starts with Imlie getting nervous about the elocution competition.

Once the competition begins Imlie starts speaking confidently without any hesitation.

On the other hand, Malini plans to eat chaat as a reason to make Aditya stay with her.

Further, Imlie wins the competition by expressing her thoughts promptly.

Later, while Aditya leaves to pick up Imlie, Malini stops him and tells him that she is craving to eat chaat.

Meanwhile, Imlie waits for Aditya to pick her up from the college.

As Aditya doesn't show up and it gets late Imlie calls on Aditya's mobile but Malini picks it up.

Imlie thinks that she spoke to Aditya. Waiting for few more minutes, Imlie herself tries to manage to reach home.

At the Chaturvedi mansion, Anu humiliates Meethi by treating her inhumane.

Meethi firmly tells Anu that Malini forced Aditya to get her pregnant and it wasn't Aditya's wish.

Imlie feels sad as she walks alone throughout the road back home.

© Copyright tellybest.com, 2020, 2021. All Rights Reserved. Unauthorized use and/or duplication of any material from tellybest.com without written permission is strictly prohibited.
Cached Saved on: Thursday 11th of August 2022 05:03:51 AM