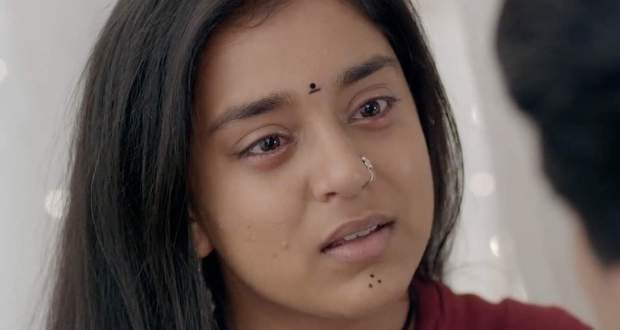 Meanwhile, Aditya arrives and confronts Malini for lashing at Imli. This makes a way for argument between Malini and Aditya.

Imli asks both of them to not fight because of her.

Family members ask Aditya to sort the things between him and Malini.

Imli leaves when everyone tries to comfort her. She feels guilty for Malini.

She gives her Sindoor to Imli and tells her to do whatever she wants.

Aditya comes there and shouts at Malini. Malini is sad as Aditya is humiliating her in front of everyone and leaves from there.

In the morning, Aditya wakes up and tells Imli that he will tell Malini the truth.

Aditya agrees with her which makes Malini upset.

© Copyright tellybest.com, 2020, 2021. All Rights Reserved. Unauthorized use and/or duplication of any material from tellybest.com without written permission is strictly prohibited.
Cached Saved on: Wednesday 28th of April 2021 09:48:23 PMCached Disp on: Thursday 6th of May 2021 06:03:57 AM