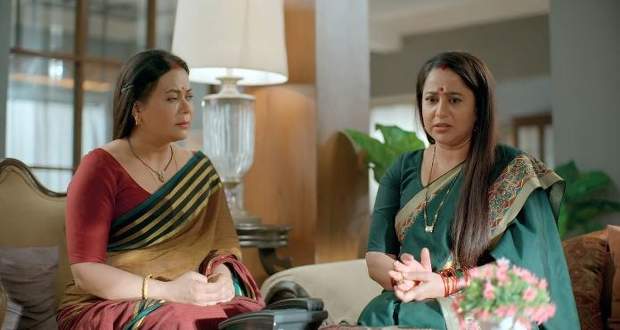 Today's Imli 20 August 2021 episode starts with Imlie defeating the thieves with her bravery and saves Tripathi's.

Meanwhile, Aditya comes and praises Imlie for her courageous act.

On the other hand, Anu calls Kunal and tells him that she wants to file a case against Meethi for ruining her life.

Kunal gets furious with Anu and warns her that if she tries to frame Imlie or her family in a fake case he will stand against her in court.

Further, Aparna finds one piece of jewellery missing that she gave to Malini.

Malini tries to frame Imlie by telling Aditya that Imlie is getting jealous of her.

Later, Meethi stands staunch against Anu and tells her that she will always support Imlie.

© Copyright tellybest.com, 2020, 2021. All Rights Reserved. Unauthorized use and/or duplication of any material from tellybest.com without written permission is strictly prohibited.
Cached Saved on: Wednesday 13th of October 2021 11:59:58 AMCached Disp on: Thursday 21st of October 2021 07:44:14 PM