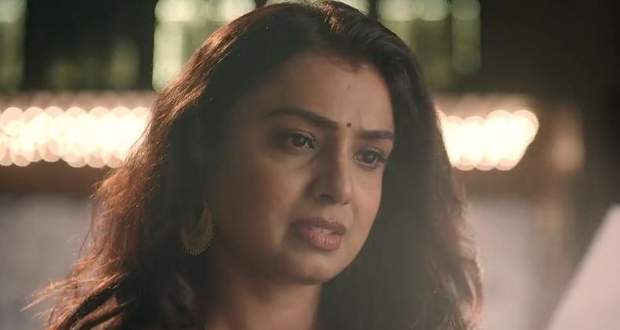 Today's Imli 20 February 2021 episode starts with the doctor injecting Nishant something while the whole family surrounds them.

Nishant regains his consciousness while he promises the doctor to not tell anyone that he has leukaemia while Imlie overhears them and asks him about it.

He lies to her that it means being tired in the doctor language while the family comes there and asks what happened.

Nishant lies to everyone that he was just jetlagged while the doctor stress but tells him to come to his clinic for checkups.

Later, Malini tries to pacify Aditya while Sundar confronts Imlie and asks her if she brought the outfit for herself by waving the bill receipt around.

Malini confesses to Aditya that she found the bill receipt for Imlie's gift in his room and was about to confront him but Sundar came at the right time and reveals that he had dropped it.

Sundar reminds Imlie that they are servants and asks her if she is not anyone from the family to which Imlie tells her to believe in her.

Later, Imlie sees the prize of the outfit and decides to return it to Aditya as it is expensive while Malini comes and teases her saying that Sundar has feelings for him.

She tells her that she will not let her return the gift to Sundar as it is disrespectful.

Imlie goes to Nishant and confronts him while he says that he doesn't want to hurt his family by saying the truth.

I'm low is giving Aditya is a gift back while Malini picks up the call from Mithi and gets shocked hearing something she said.

Aditya suggests revealing the truth about the dress to everyone while they both get shocked seeing the whole family there.

Malini tells them that Mithi called and that she and the family know everything.

© Copyright tellybest.com, 2020, 2021. All Rights Reserved. Unauthorized use and/or duplication of any material from tellybest.com without written permission is strictly prohibited.
Cached Saved on: Wednesday 22nd of September 2021 07:57:13 AM