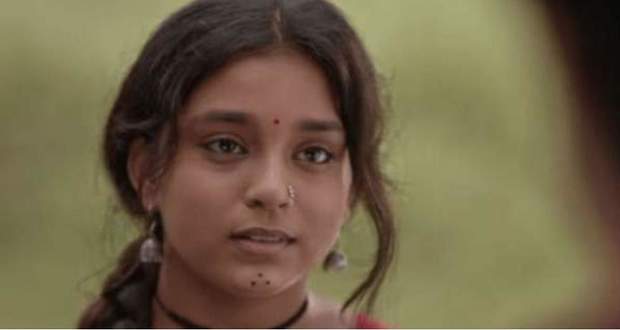 Today's Imli 20 January 2021 episode starts with Imlie taking the school documents from Aditya and telling him that he should leave for Delhi as soon as possible.

Aditya agrees and takes the bag of herbs she had packed for his family while telling her to take care of herself.

While going, Aditya wonders why he is feeling tensed for Imlie amd want's her to be alright.

Imlie sheds a tear remembering her moments with Aditya as he leaves.

Later, Imlie reaches home where Mithi asks her about Aditya.

Dulari says that he ran away leaving her in Pagdandiya and insults her.

Elsewhere, Aditya tells the manager of the hotel to arrange transport for him to reach the bus station while one of Satyakaam's man asks him if he is forgetting something.

Aditya fears that they may have found out that he is leaving without Imlie while another man comes there and gives him the herb bag that Imlie gave him.

Mithi says that they both love each other while Dulari tells her to Imlie why Aditya left her in women's NGO when they went to Delhi after the wedding.

Dulari reveals the truth while Imlie says that she is lying when Suhas comes there and asks Dulari who left Imlie.

Elsewhere, Aditya received Malini's call and informs her that he is coming that evening.

Malini plans to cook Aditya and Imlie's favourite dish while the Tripathi ladies tease her.

Elsewhere, Imlie struggles to stop Suhas from going after Aditya while Dulari holds back Mithi from helping Imlie.

Suhas accidentally shoots Imlie and she falls while Aditya sits in a taxi to reach the bus station.

Satyakaam and his men come there and get shocked to see Imlie in that state.

Satyakaam hits Suhas while Imlie tells Satyakaam to not berate him while withering in pain.

Satykaam takes her inside and goes to the hotel to inform Aditya.

Later, Mithi tries to get the bullet out of Imlie's wound while Dulari comes there and says that it would be better if Imlie dies.

Mithi grabs her by her neck and threatens to kill her while Imlie calls out to her and loses consciousness.

Upcoming Imli episode update: Satykaam tries to take Imlie to hospital on his back.

© Copyright tellybest.com, 2020, 2021. All Rights Reserved. Unauthorized use and/or duplication of any material from tellybest.com without written permission is strictly prohibited.
Cached Saved on: Tuesday 2nd of March 2021 10:34:21 PMCached Disp on: Sunday 7th of March 2021 05:15:10 AM