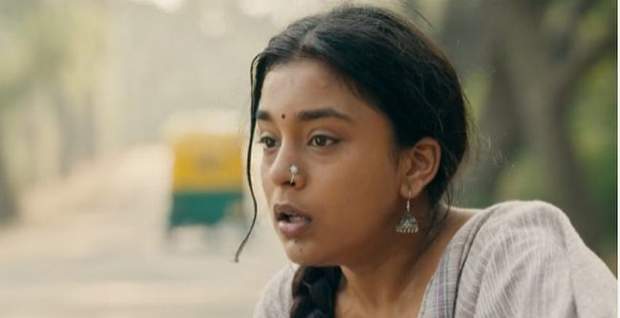 Aparna and Narmada share their pain in form of tears. However, this does not suit well with Malini.

In a state of desperation, she screams. Aparna tries to calm her down but all efforts remain in vain.

Malini gets anxious with every second passing by and asks everyone gathered why they let Imlie go with Aryan to save Aditya.

Malini further questions the family of Aditya and Aryan's deep-seated belief in Imlie’s abilities and asks them frankly how will she be able to save Aryan from the terrorists?

Meanwhile, Aryan and Imlie meet with horrid news. The bus they are traveling in faces some problems.

Imlie immediately jumps down from the top of the bus, catching Aryan off-guard.

Aryan tells her to wait as darkness is about to approach and the day would end. Imlie retorts back and informs him that he won’t get any signal in this part of the area if he tries to book a cab.

Huffing and puffing, Aryan decides to follow Imlie and jumps down the same way she did.

However, Imlie’s heart gets seized in fear as she sees a black cat crossing her path.

Aryan questions her paused movement. Imlie replies to him that at this moment, she is scared of the black cat resulting in a bad omen for both of them.

Assuring her that nothing of the sort would happen, they both navigate their way towards Pagdandia.

Back home, Malini continues to throw a fit. She is not able to digest the fact that Imlie is sent to save Aditya when she is a young woman with nothing but a smart mouth.

On the other hand, Imlie’s maternal grandmother is also taken away by the terrorists.

All of this is being highlighted on the news channel. Malini suggests and prays that Aditya listens to the terrorists so his life can be spared.

Shocked and disgusted, Aditya’s mother lectures Malini that she is doing nothing meaningful now. She may love Aditya a lot but she is just causing trouble in this sensitive time.

Meanwhile, Imlie and Aryan are stopped by two men. They hold a stick and a spear in their hands and call Imlie by the name of “Panna Pari”.