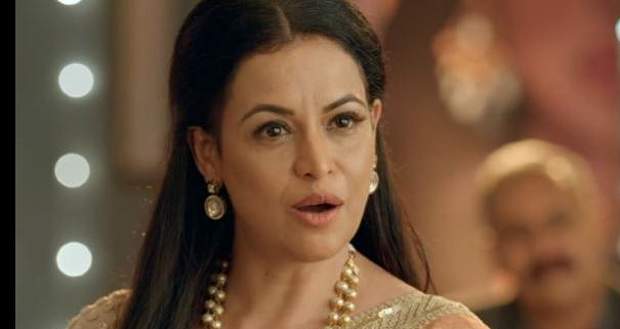 Today's Imli 20 July 2021 episode starts with Imlie praying to God to give her strength for facing difficulties in her life.

Further, Pallavi announces that competition details have come and reads out all the rounds information.

Later, at the competition, everyone gets shocked looking at Anu as the judge.

Pallavi tries to help Imlie as she doesn't know how to make an Italian dish.

Unfortunately, Anu sees them talking and disqualifies Pallavi from the competition.

On the other hand, at the time of results judges like Imlie's dish but they didn't know who's dish it was as they were blindfolded.

As soon as Anu sees that it was Imlie's dish she stops the host from declaring the results.