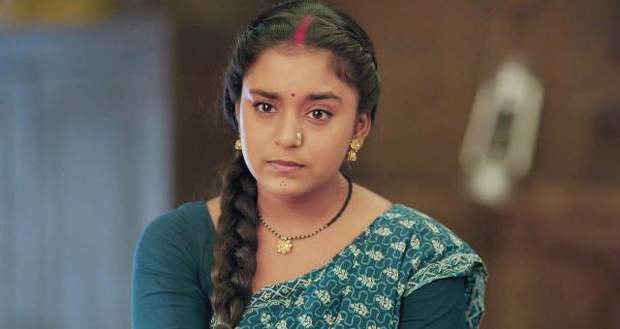 Today's Imli 20 March 2021 episode starts with Aditya and Mithi working together in the house.

Later, Prakash comes and tells Aditya that the Hotel is closed and it will open tomorrow. But, as he is going back to the city, on behalf of him, he will take everyone for dinner.

Aditya gets quite angry with Prakash and he tells him that he will manage everything.

Imlie comes running as she wanted some notes and gets close to Prakash in a friendly way.

Aditya gets jealous of seeing them both together and becomes restless.

Aditya then tells Imlie that she should marry Prakash as he is the perfect match for her.

This makes Imlie very sad and she tells Aditya not to worry about her. She will look after her life on her terms.

In between, Anu is seen as worried for Malini.

Dulari listens to the entire conversation and goes shouting in the village to tell that Aditya and Imlie are faking their marriage.

Imlie comes there and says there is nothing like that and they both just had an argument.

Aditya to support Imlie says that Imlie is his responsibility and he will take care of her forever.

Everyone then agrees. But Imlie feels hurt as nobody believed in her words and agreed to Aditya.

Imlie questions everyone about why there is so much gender inequality in rural areas and not in urban areas.

© Copyright tellybest.com, 2020, 2021. All Rights Reserved. Unauthorized use and/or duplication of any material from tellybest.com without written permission is strictly prohibited.
Cached Saved on: Monday 19th of April 2021 11:10:56 AM