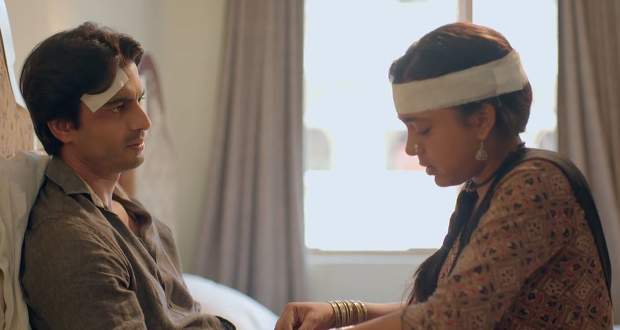 Today's Imli 20 May 2021 episode starts with Aditya telling Imlie that he will inform everyone that she is his wife.

Malini loses her cool upon seeing Dev's concern for Imlie. When Dadi questions Malini about her visit, she lies to them.

On the other hand, Imlie and Aditya discuss Malini.

Devi is suspicious after hearing Malini talking with the lawyer.

At the same time, Aditya calls Aparna and informs about him and Imlie being in Pagdandiya but Aparna is upset with him for not asking about Malini.

When Imlie refuses to go with Aditya, he tries to explain to her.

On the other hand, Dev talks to the lawyer and is shocked to know about Malini's decision to divorce.

Meanwhile, Aditya tells everything to Meethi and Satyakaam about Imlie and Malini.

Further, the lawyer asks Dev to let him handle it first by talking to Malini to know everything.

Dev thinks that if Anu was saying true or not.

© Copyright tellybest.com, 2020, 2021. All Rights Reserved. Unauthorized use and/or duplication of any material from tellybest.com without written permission is strictly prohibited.
Cached Saved on: Monday 3rd of October 2022 06:56:27 PMCached Disp on: Friday 7th of October 2022 03:41:31 PM