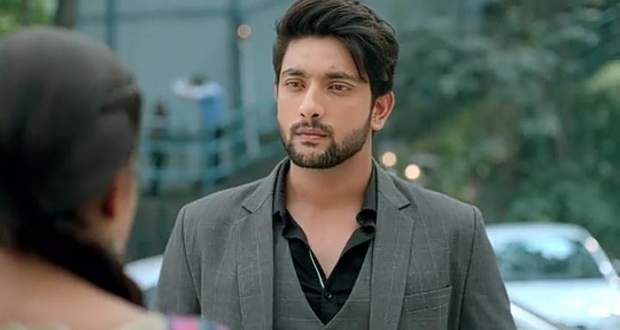 Today's Imli 20 November 2021 episode starts with Imlie praying to Goddess and asking when will Aditya fully trust him.

Meanwhile, Aryan goes into a room while a flashback shows Arpita fighting with Aryan saying that she and Arvind have to go because of him.

Arpita comes there and tells Aryan to not live in the past while he says thay he should have died instead of Arvind while she tells him to move on and let her clean the house.

Imlie prays to give her strength to move on while Aryan says that he will make everything right.

The next morning Imlie recalls Aryan's warning and rushes to work while Aparna packs sweets for Aditya but Malini comes there and removes the sweets while doing a drama.

Imlie calls Mithi and informs her about the internship while talking about her problems regarding Aditya.

Malini does a drama and stops Aditya from going to the office early while Imlie reaches the office and roams around realizing that she is very early.

She grabs a mic and starts joking around while Aryan comes there and mockingly claps her.

She greets him but he ignores and she tries to joke with him after which he gives her the assignment to greet everyone who enters the office.

Imlie greets everyone while the watchman looks at her tells her that she is looking like a comedy.

Meanwhile, Imlie's friends inform her that she should come inside as they have a very important presentation.