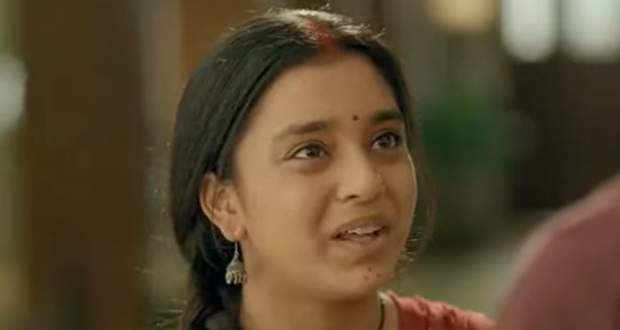 Today's Imli 20 October 2021 episode starts with Imlie getting suspicious about Pranav as he sneaks around the entire house.

Further, Aparna tells Radha that she should have allowed a little time more to Rupali. So that she could have taken the right decision to forgive Pranav or not.

Meanwhile, Malini tells Radha and Harish that they will give a memorable farewell to Rupali. As she knows the pain of getting separated from her husband.

On the other hand, Imlie tells Aditya that she is doubtful about Pranav. She says it's very hard to forgive the person whom we love the most after a betrayal.

Later, Imlie devises a plan to find out the true intentions of Pranav.

To conclude, Harish tells everyone that until and unless Rupali says that she is ready to go with Pranav, he will be staying with us.
Pranav gets worried. As he thinks it's not good to keep MLA waiting for a long time to get the evidence.

Repeatedly, Imlie gets bad vibes from Pranav and she gets more anxious about him. End of today's (20th October 2021) Imli written episode.