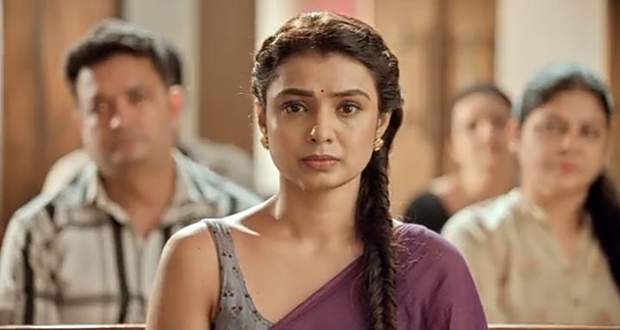 Today's Imli 20 September 2021 episode starts with Harish saying that he hopes the case gets solved in the next hearing while Imlie comes there says that it happen only when she fails to get the evidence.

She tells the family to trust her for once while Rupali comes there and gives her a wig and a saree.

At night, Anu's friends drop an inebriated Anu at her car and tell the driver to drop her home.

Anu calls Malini and talks to her while Malini tells her to come home immediately realising that she is drunk.

Later, the driver gives the car keys to Malini saying that he got a call saying that Anu will return on her own while Sundar takes Anu to Tripathi house in a driver's disguise.

Anu calls for the servants thinking that it is her home and the Tripathi family hide and look at her.

Anu thinks of Imlie as Malini seeing her dressed like Malini and talks to her while Pankaj stops Aparna from intervening saying that Imlie might get evidence from this.

Imlie talks like Malini and asks Anu where she got the drug from which they used on the Tripathi family.

Anu is about to reveal the truth when Malini comes there suddenly and stops Anu from saying anything while telling the Tripathi family that she didn't expect them to do it.

Rupali and Nishant stand up for Imlie while Malini tells the family that she is disappointed in them and leaves with Anu.

Aparna scolds Imlie while Aditya also tells Imlie that they did wrong and tells her to apologise to them.