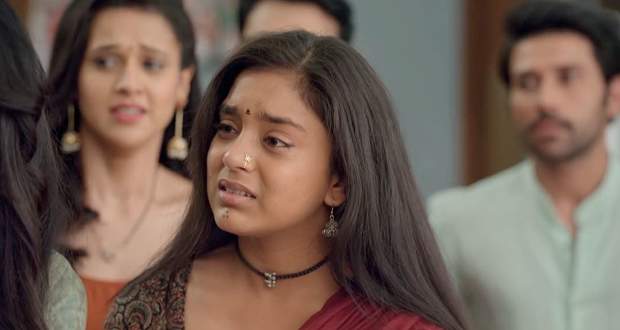 Imli tries to stop her but Malini takes her bag to leave.

Meanwhile, family members come there and are shocked to see Malini with luggage.

They try to stop her and comfort her, but Malini leaves the house.

Imli stops Aditya from revealing the truth to the family. She further tells Aditya that if Malini does not return then she will leave the house.

Malini comes to her paternal house and meets Dev and Dadi. They inform her that Anu went to meet her unwell brother.

Dev asks Malini to return to Tripathi house but Malini confronts him for not understanding her. She tells him that she needs time to think and needs her space.

At Pagdandiya, Meethi goes to talk to Satyakaam but he leaves. She decides to go to Delhi.

But Prakash makes her understand to not visit Delhi and assures her of talking to Satyakaam about Imli.

At Tripathi house, Aparna shares her pain regarding Malini with her husband.

Imli overhears this and decides to talk to Aditya.

Meanwhile, Aparna remembers how Aditya informed her that he loves Malini and agrees to the marriage. She thinks what has changed now in their relationship.