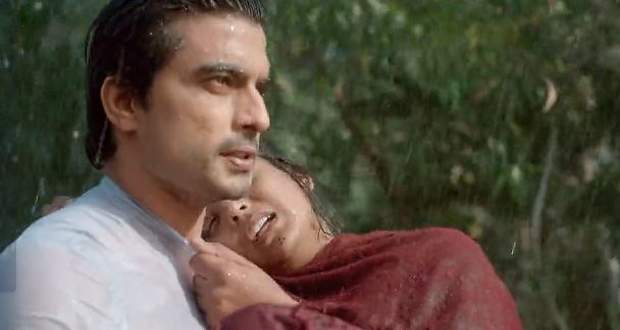 Today's Imli 21 January 2021 episode starts with Satyakaam and his men trying to stop Aditya's car and to tell her about Imli's condition.

Meanwhile, the police stop Aditya and ask him about Satyakaam to which Aditya says that he doesn't know him. At the same time, Satyakaam sends his man to inform Aditya about Imli but tells him not to say that she had a shot in front of the police.

Further, Satyakaam's man informs Aditya that Imli is not feeling well but Aditya, unaware of the truth, asks him to give medicine to Imli as it might be some infection.

Elsewhere, Satyakaam carries Imli to the hospital through the forest and the police get the information about Satyakaam escaping from the village.

Later, Satyakaam and Mithi confront the police and they hide while Satyakaam decides to surrender himself to the police.

At the same time, Imli adamantly asks Satyakaam to run away while Mithi carries her and gets going. In the meantime, the police notice them and inform their superiors about Mithi and Imli while Aditya hears the phone call.

Further, Aditya reaches the forest area and consoles Imli while he takes Imli on a vegetable carriage and it starts raining.

Elsewhere, the Tripatis prepare for Aditya's arrival. Meanwhile, Imli says that it will be her last words with Aditya while Aditya scolds her and she smiles.

Suddenly Imli goes unconscious and Aditya feels tensed while he tries to wake her up.

Upcoming Imli episode update: Imli in a vulnerable state at the hospital while Aditya consoles her.