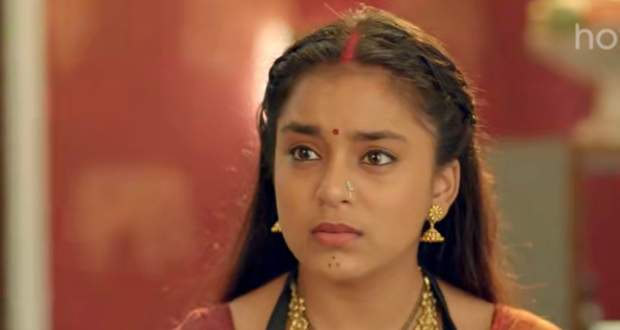 Today's Imli 21 July 2021 episode starts with Anu taunting Imlie for making an Indian dish and violating the competition rules as contestants had to prepare Western dishes.

Further, Pallavi confronts Imlie against Anu by saying that she has made a Western dish by explaining to judges the ingredients used in it.

Later, the judges declare Imlie as the winner of the first round.

On the other hand, Imlie starts preparing for her next round with Aditya as the next round is going to be of dance competition.

Sundar starts teaching Imlie and Aditya a few dance steps but Aditya finds it difficult to catch up.

Aditya gets disappointed and stops practising.

Meanwhile, Imlie consoles Aditya and motivates him to take the initiative for dancing.

Aparna and Radha watch Imlie and Aditya dancing together and get furious with Imlie.

Upcoming Imli episode update: Anu weaves a cunning ploy against Aditya so that he doesn't show up for the dance competition.

© Copyright tellybest.com, 2020, 2021. All Rights Reserved. Unauthorized use and/or duplication of any material from tellybest.com without written permission is strictly prohibited.
Cached Saved on: Friday 3rd of December 2021 10:17:03 PM