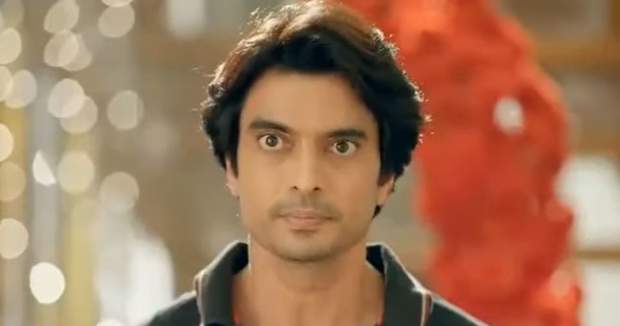 Today's Imli 21 October 2021 episode starts with Imlie rehearsing for Maa Durga's Aarti. Aparna joins her and both sing together.

Further, while the family members were enjoying singing together, Aditya tells everyone that he has big evidence against MLA's smuggling business.

Meanwhile, Pranav gets a call. Imlie tries to take it but Pranav hurriedly snatches the phone before Imlie takes it.
Pranav gets worried as he gets repeated calls from MLA. So, he tries to achieve the easy target and that's Rupali to reach till Aditya's evidence.

Pranav picks up a random card from Dhruv's room. While coming out, he encounters Imlie and she gets doubtful about him as he comes out of Dhruv's room.

Imlie feels bad for Rupali as Pranav stole the card and gave it to Rupali and claim that he has brought it for her.

Further, on her mother's advice, Imlie goes to Rupali to tell her Pranav's truth.