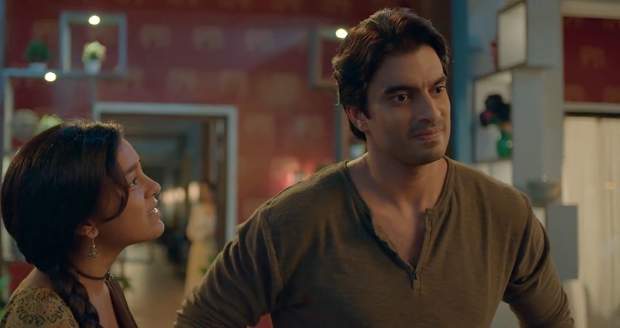 Rupali thinks that it is good Imli is talking to Aditya. She is about to leave when Aditya scolds Imli for stopping him from revealing the truth to the family.

Rupali is shocked to hear about Imli and Aditya’s marriage while Aditya tells her that he is going to disclose the truth to Malini the next morning.

Rupali confronts Imli about her marriage with Aditya. Imli reveals everything that happened. Rupali asks Imli to fight for her right while Imli says she cannot hurt Malini as she does not know anything.

At Chaturvedi Mansion, Dev and Dadi ask Malini if they can help her but she refuses. She tells them that Anu knows about her problems from earlier and she is right.

Dev condemns Malini for listening to Anu whilst she tells Dev that it is her decision.

Malini further tells that now she and Aditya might not be together.

In the morning, Mr and Mrs Tripathi ask Aditya to talk to Malini but he refuses and gives importance to Imli.

He manages to send Imli to the college where she knows that Malini might come.