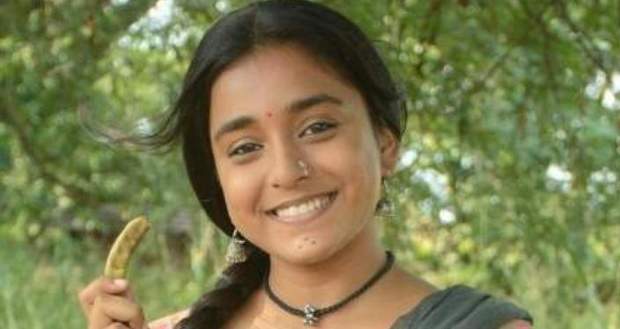 Today's Imli 22 February 2021 episode starts with Malini telling Adotya that she and the family know everything while informing her that Imlie's mother called and gives her the phone.

Imlie takes the phone while Mithi wishes her happy birthday and tells her that she told her in-law's about her birthday.

Imlie cryingly shows her gratitude to Aditya's family while they wish her a happy birthday enthusiastically.

Meanwhile, Nidhi and Dhruv berate Aditya for saying that it is Imlie's birthday while he reveals that also he didn't know.

Nidhi asks him what he is hiding from Malini while Imlie tells Mithi to distribute the sweets she made for her to the villagers.

Elsewhere, Nishant suggests the Tripathi's have a birthday party for her after which they leave making Imlie confused.

The next morning, Imlie is doing Pooja and remembers how they celebrated her birthday while saying that the Tripathi's have done nothing.

She thinks that Sundar is right and that she is just a servant of the house while she hears Dhruv singing the birthday song.

However, she gets upset realising that Dhruv and Harish are talking to someone else.

Later, Aditya is being told to go to the Market and he asks Harish to join where he denies.

Imlie suggests Harish and Nishant to he agrees.

Parish tells Aditya to teach Imlie and they leave while the ladies praise her for coming up with the plan.

The ladies think that Aditya will keep her busy until they make a cake while Aditya gets amazed by Imlie's intelligence.

Upcoming Imli episode update: Malini to be in an accident.