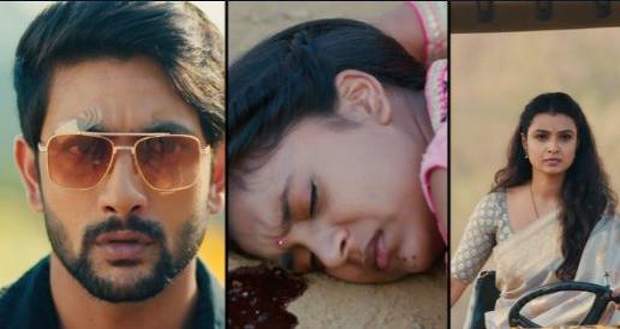 Today's Imlie 22nd February 2022 episode starts with Malini coming back to her place from the police station.

She gets a call from Aparna, and she refuses to go to Temple, as she has called Anu to tell the truth.

Aryan motivates Imlie making her realize that she was alone till then, but now she has a partner who can help her.

On another side, Aditya goes to Anu’s house where Anu taunts him that if he can't love Malini, at least he should take care of her because she is pregnant.

The lights go off the moment Malini enters the house and starts berating Imlie when realizes that it’s Imlie.

Imlie projects the video on the projector seeing which Malini gets shocked as she fails to fathom how Imlie got hold of the video as she had destroyed the phone.

Aryan confirms that Malini wasn't aware that drones were also present at the location.

Aggravated, Malini loses her temper as a consequence of which she confesses all her misdeeds.

She says that she isn't guilty of anything because she has done everything for her love.

At the same time, Aditya, Anu, and the entire family arrive at the house and listen to Malini.

Aditya stands in his place shell shocked and a while later whispers Malini’s name which gets her attention.

Imlie shows one last video of Malini keeping Satyakam at the gunpoint and thereafter firing at herself.

When Anu shouts at Aparna, Aparna silences Anu stating that just like her, Malini will also not become a good mother.