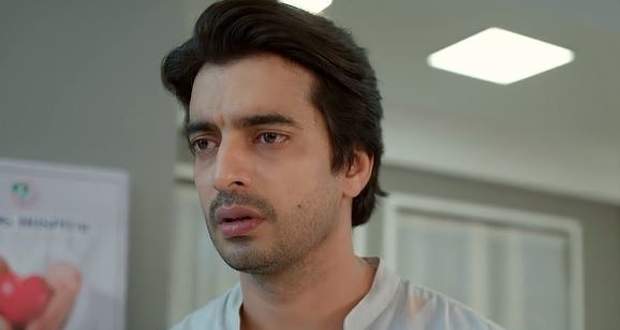 Today's Imli 22 January 2021 episode starts with Aditya waking up Imli while she falls unconscious and takes her to the ambulance.

Elsewhere, Malini decorates her room to surprise Aditya while Aparna praises her. Meanwhile, the Shahs get a phone call from Aditya saying about Imli's condition which makes everyone to get shocked.

On the other hand, Imli's condition gets deteriorated while Aditya gets tensed. Meanwhile, Mithi wails for Imlie and prays for her safety.

In the meantime, Imli and Aditya reach the hospital while Imli asks Aditya to remove her Sindoor, bangles, and the Mangalsutra as the Tripatis find it suspicious.

Further, the Tripatis reach the hospital while they get baffled to see Imli in such a vulnerable state.

Meanwhile, Aditya informs Mithi that they have admitted her to the hospital and asks her not to worry. He further questions Mithi how Imli got a shot even after he dropped her safely at home.

Later, Mithi explains to Aditya how Imli got a shot to save Aditya from the rebels of Pagdandiya. She further asks Aditya not to take Imli to her village ever again.

Aditya further feels regret about her past actions with Imli.