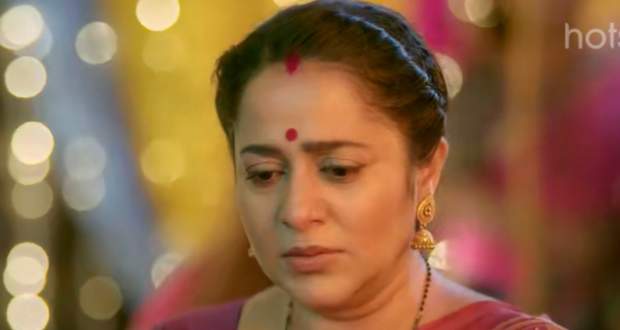 Today's Imli 22 July 2021 episode starts with Malini thinking about KC while he also thinks about her and tries to delete her number but fails.

KC calls her and then they both apologise to each other after which he informs her that it is their last counselling session the next day.

Malini calls Aditya to inform him about the session but he doesn’t pick it up due to practising dance with Imlie.

The next day, everyone gets ready for the dance round while Anu manipulates Aparna and Radha.

The dancing round starts while Malini reaches Tripathi house to inform him about the session.

Sundar informs Malini about the dance round and she goes with him while Aditya returns home to get Imlie's Ghunghroo's.

Malini informs him about their counselling session while he tells her that he cannot go with her as he had to be with Imlie.

Aditya goes to his room while Aparna and Radha lock him inside.

Later, the host asks for Aditya and Imlie and they start looking for Aditya.

Prachi mocks Imlie and Rupali and others stand up for Imlie.

Anu says that Imlie should be disqualified while others stand in shock.