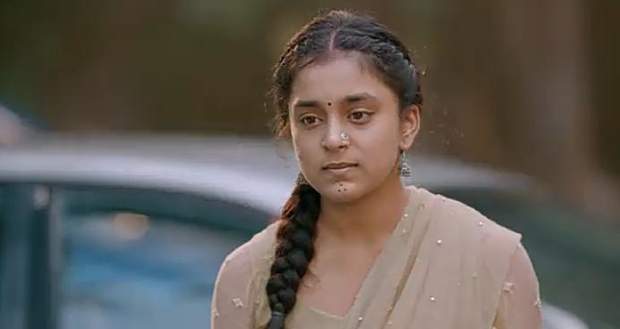 Today's Imli 22 November 2021 episode starts with the presentator recalling that they have five interns and asking where is the fifth one.

Meanwhile, a ward boy comes there and serves tea to everyone.

Imlie's friend reveals that she is standing at the front door while Aryan intervenes and says that it is not necessary who reach the door, reach the presentation room also.

Further, he indirectly insults Imlie realizing that Imlie has come disguised as the ward boy, and tells them to continue without Imlie.