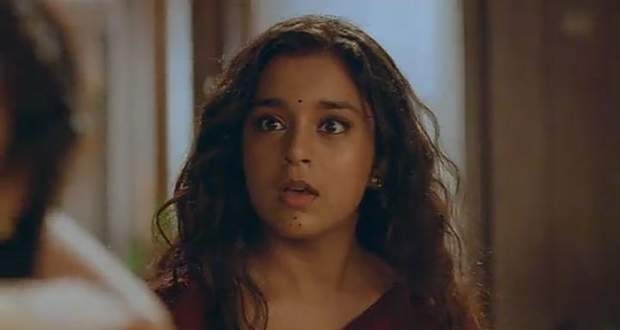 Today's Imli 22 September 2021 episode starts with Imlie leaving the college while she sees Dev's car stopping behind her and she stops herself from crying.

He tells her that he knows Malini did wrong and requests her to withdraw the case for his father's sake while she tells him the importance of her need fo fight the case.

He apologizes to her and says that he just misses the old Malini while she consoles him saying that Malini will feel guilty for her deeds one day.

The elders start rebuking Imlie saying that Aditya lost his job because of her which shocks her.

Imlie is about to say something while Aditya stops her and tells her that he thinks she is fighting the case just for her own ego.

He further says that everyone is suffering because of her and blames her saying that everything is changed for the family after the case but not for her.

Imlie recalls being suspended from college while Aditya shouts at her and asks her if she would take back the case which scares her.

Elsewhere, Malini feels upset that Aditya lost his job while Anu tells her to focus on her benefit and says that Aditya will blame Imlie for her failures.

The next day, Aditya sits on his bed thinking of the insults he learned while Imlke comes there with tea.