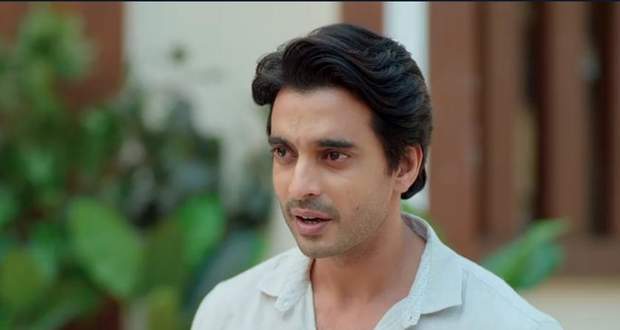 Today's Imli 23 February 2021 episode starts with Malini telling Aditya to keep Imlie distracted for another half an hour while Aditya keeps telling her about Imlie being a genius.

Meanwhile, Dev tells Anu to apologise to Imlie for behaving rudely with her while Anu declines. She tells them to give out her to Imlie's photo.

The Tripathi's get ready to surprise Imlie's birthday present.

Dadi asks Malini about her married life while Malini reveals her concerns.

Elsewhere, Imlie compliments Aditya's handwriting and he teaches her by holding her hand while she feels butterfly's in her stomach.

Malini comes there and says that it no way to teach cursive writing while she buckets bAck and forth with Aditya.

Later, she gives a beautiful speech seeing the decorations made for her and celebrates her birthday.

Upcoming Imli episode update: Malini to get into an accident.