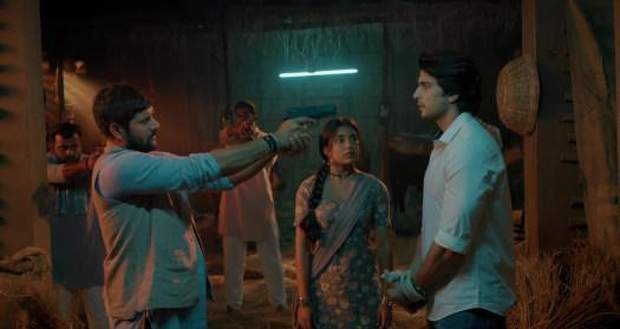 Today's Imli 23 November 2020 episode starts with Imlie asking Satyakaam to get Aditya on the tractor. Aditya tries to make them understand that he is not a police officer.

Anu gets angry with Malini for not listening to her. Meanwhile, Satyakaam captures Aditya in a cowhouse to hide him from the eyes of the police.

Imlie asks Aditya to help her in using the camera. She then gets angry on seeing her funny pictures.

Aditya falls down and Imlie starts laughing at him. Later, Aditya requests Satyakaam to let him talk to his family once.

Imlie witness police vans outside the cowhouse and gets worried for Satyakaam. Meanwhile, Malini gets emotional and her father tries to calm her down.

Police inspector questions Imlie about the cowhouse, while Adita tells Satyakaam that he wants to help him in sending his message to the world.

Imlie informs Satyakaam that police knew about cowhouse and can arrive there anytime. Satyakaam gets angry with Aditya and breaks his mobile phone.

Police arrive there at the cowhouse and asks Satyakaam to surrender. Further, Satyakaam holds Aditya at gunpoint and everyone hears a bullet shot.

Aditya opens the door from inside and informs the Police officer that Satyakaam has escaped. He helps Satyakaam and Imlie to hide from the police.