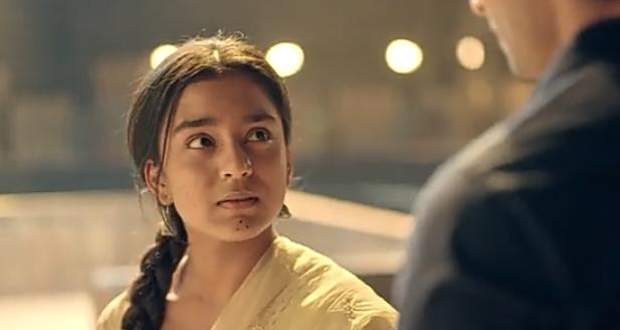 Today's Imli 23 November 2021 episode starts with Imlie telling Aryan that she will get the article done by 8 AM the next morning while Aditya gets angry at her for accepting and leaving.

She fails to operate the laptop and starts writing on paper while the editor tells Imlie that he is giving her mentorship to Aditya and tells them to go for the research.

Editor informs Aryan that he has sent Imlie and Aditya for the article while Harish and Pankaj leave the Tripathi house to deliver the sweets to Imlie as Malini thinks to prevent Rupali's phone from getting fixed.

Elsewhere, Imlie and Aditya again argue regarding who to interview after which Imlie takes an interview of the lady who is running a tea stall with her husband.

She talks to the lady while Aditya hears Imlie's remarks and feels guilty after which Imlie refuses to take a lift from Aditya and goes to her hostel.

She reaches her room and sits while Pankaj and Harish reach there.

She complains about her boss to them and they congratulate her for experiencing her work life and leave after giving her ladoos.

At Rathore's mansion, Arpita and Narmada tease Aryan by showing him pictures of girls and asking him if he has talked to any girl in his whole day.

Meanwhile, Malini sits beside Aditya and instigates him against Aryan saying that he is an eligible bachelor and is showing too much interest in Imlie.

In the hostel room, Imlie is sleeping with the ladoos beside her.