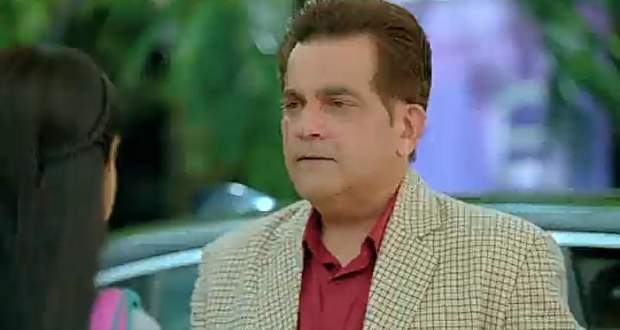 Today's Imli 23 September 2021 episode starts with Imlie making Aditya sit up and apologizes to him for not being able to do something he wants.

She encourages him saying that he should go back to the office and demand his job as he is still innocent and that no one can call him guilty unless called by the court.

Further, he drops her at the college and asks her to go inside while she tells him to go first.

He sees her going outside the college and goes back to her while the watchman comes there and tells her that she can't go inside while revealing that she is suspended.

He apologizes to her and tells her that they should start afresh while she convinces him to go back to the office and get back his job.

They reach his office and he tells Imlie to remember that Malini is still innocent until proven guilty and goes inside the office.

Meanwhile, Imlie tells Kunal that she heard Anu confess the truth and that she has gotten another hope of being correct in what she is doing.

Elsewhere, Anu tells Malini that the case will be dismissed in the next hearing while Dev comes there and reveals the newspaper in which the article of his and Imlie being father-daughter is revealed.