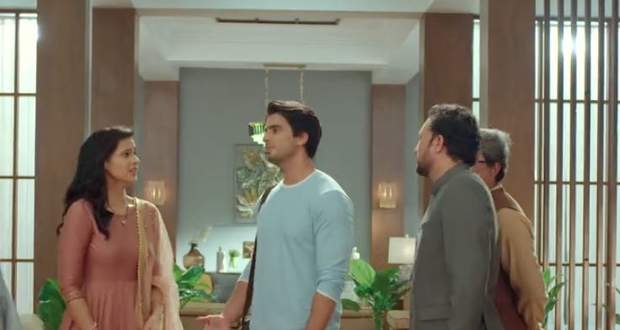 Aditya says that the problem is between him and Malini to which Aparna says that even Malini has the same right as Aditya has in the house.

She further tells him that if Malini does not return home she doesn’t know what she would be doing. Aditya asks Aparna to give him some time to speak with Malini.

Nishant tells Aditya that he had seen what Malini is going through and asks him to talk to her.

Aditya tells that he will tell the truth to Malini first and then she will decide to return house or not. Hearing this, Nishant thinks that if Malini is true.

In the morning, everyone is surprised to see an article about Imlie in a newspaper written by Aditya. The family is sad thinking about Malini while Rupali asks them to celebrate Imlie’s success to which Aparna rebukes her.

Later everyone discloses the news of Imlie getting an award to her but she asks about Malini. Aditya comes there and convinces her to attend the price distribution ceremony while Imlie refuses to call her mother.

On the other hand, Malini reads the article about Imlie and thinks that Aditya has given her place to Imlie.