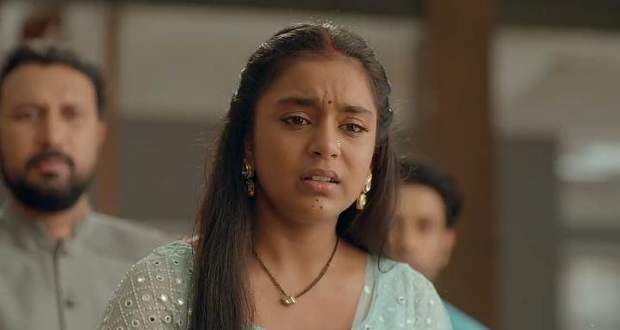 Today's Imli 24 August 2021 episode starts with Imlie getting upset as Malini tries to frame her in a ploy for making her sick.

Imlie thinks Aditya has also lost trust in her as he didn't defend her when Malini accused her of making her sick.

Meanwhile, Aditya tells Malini that Imlie can do a mistake but won't hurt anyone.

Malini tries to defend herself by saying that he is trusting Imlie more than her.

Maybe one day she would betray him too.

Further, while Imlie was about to leave Delhi, her Nakli Nani catches her.

Dulari tells Imlie that she is here to help her out.

Later, Aparna tells Malini to do the rituals in absence of Imlie.

Fortunately, Imlie comes and takes hold of the situation.

After some time, Imlie ties rakhi to Malini and tells her she will protect her from bad things and her husband from

Malini. Similarly, Malini promises Imlie that she will cut all chords of her with Tripathi's and Aditya.