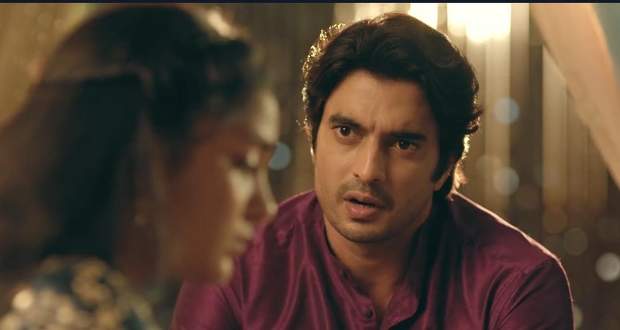 Aditya confronts Anu and reveals that the juice has alcohol in it while Malini confronts Shashank and learns that he did it.

Shashank apologizes to everyone and Imlie requests Malini to let her do Mehandi on her hand once again.

Imlie fixes Malini's Mehandi and gets a little Mehandi on her hand too which Malini sees and says that it is her turn next to get married.

Later, Aditya comes to Imlie and apologizes to her for always hurting her and berating her. He further tells her to leave tomorrow without informing the family.

She feels despaired that she will have to leave them without a proper goodbye.

The next morning, Mithi steps out of the bus reaching Mumbai with Satyakaam behind her.

Imlie wakes up with a calendar beside her and feels unhappy as it is Malini and Aditya's average day while Malini feels happy at her home.

Imlie is packing her marriage Saree while Aparna sees it and tells her that it is a beautiful Saree and to wear at that night's marriage.

Nidhi and others bring a life-size cutout of Aditya and Malini in their wedding attire and Imlie feels hurt seeing it.

Upcoming Imli episode update: Aditya to find out of Satyakaam and Mithi's entry in Mumbai.