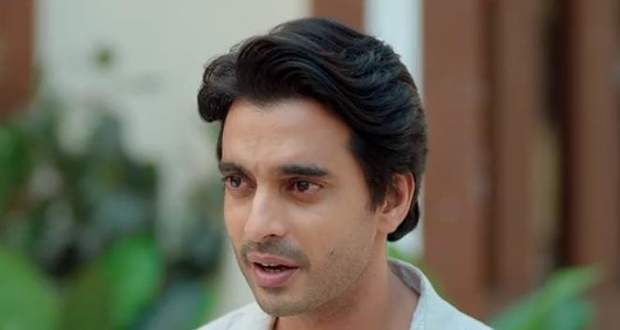 Today's Imli 24 February 2021 episode starts with Imlie getting emotional remembering how Dulari used to treat her on her birthday will the family also get emotional hearing her story.

Everyone gives her gifts while Sundar is teased by them for giving Imlie a gift.

Dev's mother gives her a gold chain as a gift while Imlie denies saying she isn't deserving of it.

However, Malini comes there and tells her to take the gift saying that they are sisters.

Imlie touches her feet and takes her blessings while Dev's mother says that she had this made especially for her.

Suddenly, Anu comes there amd berates her family for betraying her by lying.

She reveals to the Tripathi's that Dev told her that the chain was for Malini and they gave it to a servant like Imlie.

Dev gets angry and shows her the other chain saying that his mother had two chains made, one for Malini and the other for Imlie.

Aditya tells Imlie to stop crying and give back the chain while Malini tells her that the gift was from her grandmother and not her mother.

Later, Imlie cries holding on to her frame of her and Mithi while remembering Anu's words.

Malini cries and tells Aditya that she can't go in front of Imlie and requests him to pacify Imlie.

Aditya goes to Imlie and pacifies her while apologising to her.

He tells her to close her eyes and takes her to his room which shocks her.

He asks her another chance to correct his mistakes and Imlie happily nods her head.

They go inside step in step while Malini remembers her grandmother telling her the importance of footsteps.

Upcoming Imli episode update: Malini to get in an accident and go missing.

© Copyright tellybest.com, 2020, 2021. All Rights Reserved. Unauthorized use and/or duplication of any material from tellybest.com without written permission is strictly prohibited.
Cached Saved on: Sunday 9th of May 2021 10:22:59 PM