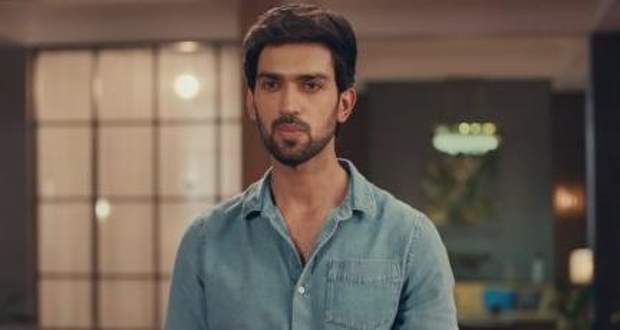 Today's Imlie 24th February 2022 episode starts with Aparna blaming herself for not discerning Malini and how Malini seized all the happiness from Aditya.

At the same time, Malini brings coffee to everyone outside the house waiting for Aditya to make his decision. Roopi accuses Malini that she is a criminal and spurns the coffee.

Meanwhile, at the Rathod estate, Aryan opens up his heart and starts conversing with God, and prays for Imlie and her well-being.

On the other hand, Aryan starts making a fuss about Imlie witnessing her being pale when she reaches home covered with dirt and slush.

Further, Imlie’s heart warms up seeing Aryan’s care towards her as he tidies her up scouring the dirt out with a clean cloth.

At the same time, Imlie thanks Aryan for giving her a chance, for allowing her to prove herself, for standing by her side, and for believing in her.

Imlie states that she learned to walk through life herself but it was Aryan who taught her to run.

She feels pleased that Aryan always respected her despite being annoying sometimes.

Elsewhere, Aditya packs Malini’s belongings and asks her to leave the house despite her entreaty.

However, Malini uses her pregnancy to stop him from banishing her but Aditya says she had crossed all her limits in humanity and she is not worth giving a chance.

Henceforth, Aditya drops Malini with her belongings at his doorstep and wishes that he'd never cross paths again with Malini in his future.

On the other hand, Sundar offers his help to carry Malini's baggage out of esteem.