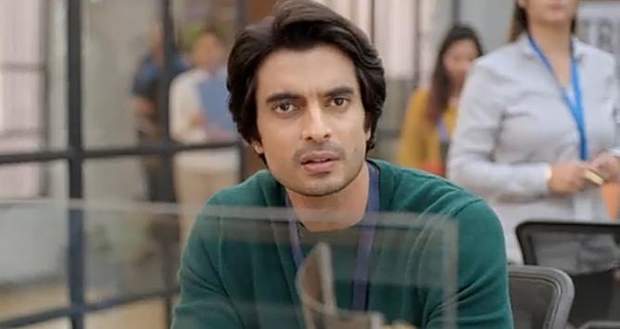 Today's Imli 24 November 2021 episode starts with Aditya coming to the office and looking at the empty desk of Imlie while the editor comes there and informs him that Imlie came early and is waiting for Aryan in his office.

Imlie stands in Aryan's office and recalls the warden throwing water on her and waking her for turning off the lights which help Imlie in completing her article.

Imlie swirls in Aryan's chair and falls while Aryan comes there scolds her and asks her why she took an interview with normal ladies instead of heads of the company.

She gives her to answer honestly while he praises her but tells her that he will publish her article as he wants the paper to reach as many people as possible.

Later, Imlie gives a flower to the warden who splashed water on her which confuses the warden while Aparna asks Aditya if he talked to Imlie.

However, Malini tries to sway Aditya and tells him that she is waiting to see his article on the front page next week.

The next morning, Arpita and Narmada praise Imlie's article on the breakfast table along with a lady servant in front of Aryan.

Imlie happily talks to Mithi on-call while she sees the warden and jokes with her with the promise to give them a party.

Meanwhile, the Tripathi's read Imlie's article and Aditya comes there and gets happy while Malini tries to influence him.

Elsewhere, Aryan takes Narmada to the temple who asks him why he always looks tense.