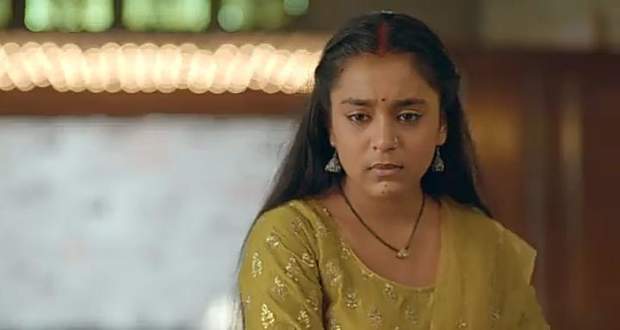 Today's Imli 24 September 2021 episode starts with Imlie looking around the Tripathi house for evidence in lieu of helping the family members in their work.

Imlie looks for evidence in Aditya's room and gets confused seeing his camera there while the flashback shows Aditya accidentally leaving the camera on during the Janmashtami celebration.

However, she hears Anu's shouts and rushes downstairs.

Anu again rebukes Imlie and demands her to take back the case and let Aditya stay as Malini's husband but she refuses.

Anu puts forth a condition that if Malini wins the case, Imlie will leave Aditya and he will have to accept Malini as his wife for the rest of his life while Aditya comes there and refuses to do it.

However, Imlie announces that she accepts the condition while Aditya says that he only thinks of Imlie as his wife.

Imlie convinces Aditya and tells him that she will find the evidence which worries Malini.

On the way back, Malini recalls the incidents happening during the Janmashtami celebration and says that she hopes no evidence is left.

Meanwhile, Imlie looks at the camera sees the video Aditya recorded for her and gets shocked to see Malini dressing up in her saree and getting close to an inebriated Aditya.

© Copyright tellybest.com, 2020, 2021. All Rights Reserved. Unauthorized use and/or duplication of any material from tellybest.com without written permission is strictly prohibited.
Cached Saved on: Wednesday 19th of January 2022 12:43:56 PM