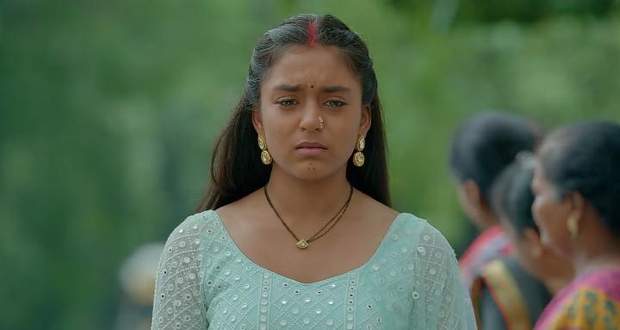 Imli 25th August 2021 Written Update: Imlie stands up for herself

Dulari later says that she will sleep with Malini as they both are guests and will leave one day making Anu furious.

Anu complains to Aparna while Harish says that they can't tell a guest to leave.

Later, Malini tells Imlie that her plan to annoy her with Dulari's help will not work while Imlie says that it is just a coincidence and not a plan of hers.

Malini further tells Imlie to look at the mirror and says that the Tripathi family will never accept her as she never even tried to come to their standards or appearance.

Elsewhere, Anu throws water on Mithi and scolds her for inviting Dulari, and tells her to sleep on the floor from now on.

Later, Aditya gifts a new saree to Imlie and tells her that he bought it for her to try on new things.

She feels insecure due to Malini's words while Adotya comforts her and tells her that she will be the same even after changing her clothes.

Meanwhile, Malini has trouble sleeping beside a snoring Dulari.

The next morning, Imlie does the prayer in the new saree and the family taunts her while she says that it was Malini's plan.

© Copyright tellybest.com, 2020, 2021. All Rights Reserved. Unauthorized use and/or duplication of any material from tellybest.com without written permission is strictly prohibited.
Cached Saved on: Monday 17th of January 2022 10:26:15 AM