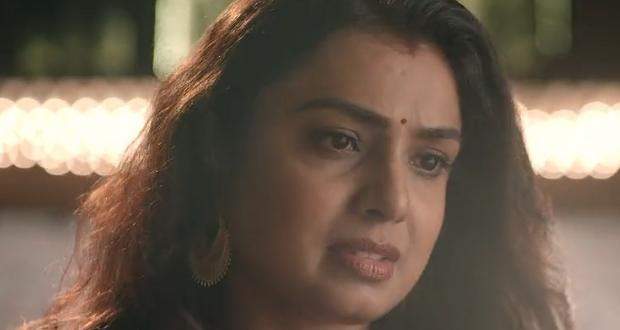 Today's Imli 25 February 2021 episode starts with Aditya waking up Malini my telling her that she is getting late for the trip to Meerut.

However, she says that she doesn't want to go to Meerut and wants to spend the day with him but denies after which she says that once she goes back, she will never come back to an arrogant husband.

Later, Imlie comes to clean Aditya's room while they bicker as Aditya tells her to not do the household work and tells her to study.

She makes him sing her song and laughs with her at the lyrics.

Aditya gets a call from his boss who tells him to cover a story of a college bus falling from the highway bridge which has just collapsed and tells him the address which Aditya realises is the same way where Malini has gone.

Suddenly, Aparna calls Aditya to the living room and shows him the news which shows the scenes of the bridge collapsing.

Aditya calls the helpline number and finds out that Malini's bus is also stuck and the bridge remains and that she has not yet been rescued.

Aditya says that he is going to the accident place where Malini is and will uncover the news.

Imlie goes after him and manages to convince him to let her come with them.

Meanwhile, Anu calls Aparna and tells her to inform them if they get any news of Malini while having an emotional breakdown.

Aditya reaches the place where some students inform him that Malini helped many students and people get out of the bridge but got stuck under a large piece of brick.

Aditya asks the constable for the updated survival list while Imlie argues with him.

Aditya starts clicking pictures and helping the rescue team while he sees Malini's bag with blood on it.

He sees a body nearby while Malini's photo falls and gets cracked at home.

Adotya goes towards the body but stumbles back.