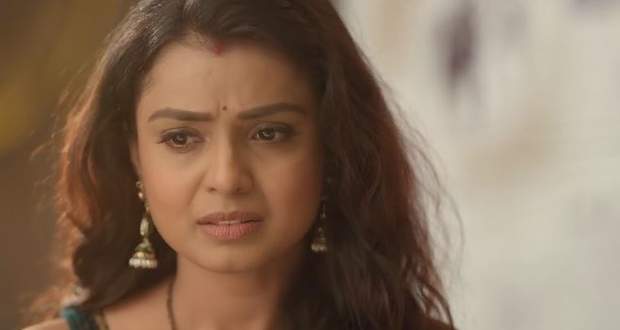 Imli 25th January 2021 Written Episode Update: Imli apologizing to Aditya for returning back to Delhi as she promised about not coming to Delhi earlier.

Elsewhere, Malini sees Imli's bag which contains her Mangalsutra and the Suhag lady's things while Malini is puzzled about Imli's marital life.

Meanwhile, Aditya tries to manage the situation while Malini strongly says that those things belong to Imli as the children noticed Mangalsutra near Imli's bed in the past.

Simultaneously, Aditya asks the Tripatis not to interfere in Imli's private life. At the same time, Pankaj asks Aparna to talk with in person.

Later, Malini goes to her room and asks Aditya if he really doesn't know about Imli's life while Aditya hugs her and says to care for him too.

Meanwhile, Malini turns impatient with Imli's thoughts and she asks Aditya whether Imli is pressurized about marrying or she is in any helpless situation about which she is unable to share with the Tripathis.

On the next day morning, Dev packs food to take for Imli but he lies to Anu telling her that he is going to give the food to children on the streets.

In the meantime, Rupali brings the carrot dessert for Imli while she refuses to have it. At the same time, the Tripatis tempt her by praising the dish.

Further, Aparna asks the gents to go out of the room and she sighs to Malini to asks Imli about her belongings.

Meanwhile, Malini asks Imli about the toe rings she has found in Imli's bag while Imli gets shocked.

Upcoming Imli episode update: Dev to learn that Imli's mother to be Mithi.