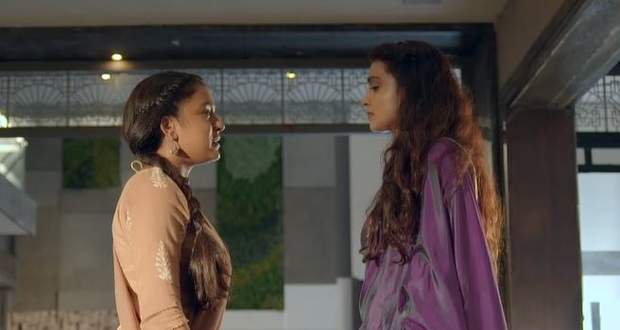 Today's Imli 25 May 2021 episode starts with Malini asking Aditya to reveal the truth about his relationship with Imlie to the family. Aditya informs Malini about the Imlie being the reason for not revealing the truth.

Malini is shocked to know that Imlie wants to meet Kunal when Aditya tells her that Imlie does not believe that there is someone else in Malini's life.

Further, Malini tells Aditya that they need to meet the lawyer for the divorce.

Meanwhile, Malini comes to Imlie and asks her to inform the truth to the family which Imlie refuses. Upon questioning by Malini, Imlie tells Malini that she can understand her.

Malini loses her cool when she does not agree with her to inform the truth.

Malini tries to explain to Imlie that the family will accept her slowly but Imlie puts a condition of meeting Kunal if Malini wants her to reveal the truth.

Aditya becomes furious with Imlie when she tells him that she needs to meet Kunal first.

Moreover, Imlie tells Aditya that if there is no Kunal in Malini's life then there will be no Imlie in Aditya's life.

On the other hand, Malini questions Dev about Pagdandiya when he asks her about Imlie. But Dev does not answer her question and leaves.

Malini tries to talk to Anu about Imlie but of no use.

Imlie talks to Meethi and informs her decision not to reveal the truth about her marriage.

Malini decides to visit Pagdandiya to find answers to her questions.

Upcoming Imli episode update: Imile does not agree with Aditya to reveal the truth.