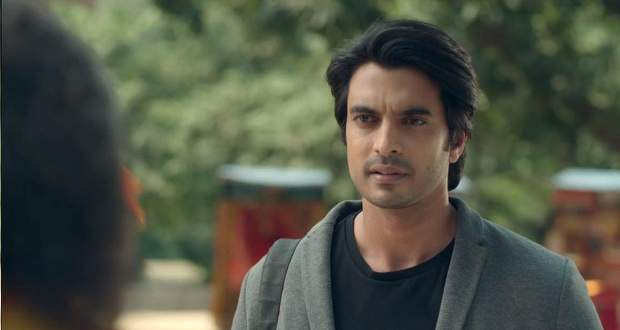 Today's Imli 25 November 2020 episode starts with Imli asking Aditya to sit behind her on the bicycle. Malini’s mother fixes Malini’s engagement in an expensive banquet hall.

Imli asks Aditya to feel the beauty of her village while riding the bicycle. It starts raining and Aditya asks Imli to stop the bicycle at the side.

Malini’s mother informs the Tripathi family that she has fixed the engagement and asks them to do the preparations for the function.

Aditya’s sister feels hurt when Aditya’s engagement is fixed on the date which is linked to the bad experience of her life.

Aditya asks Imli to show him the traditional rituals of her village. He starts clicking pictures of the rituals and asks Imli to join everyone in the ritual.

Mithi’s mother taunts Mithi for not getting her daughter married at the right age. Aditya takes a stand for Imli and says that Imli wants to settle in her life first.

Aditya takes special Sindoor for Malini but Imli face gets covered with it as soon as the wind starts blowing.

Imli asks Aditya to take one picture with her. Later, it starts raining and Imli tells him that she has to go back home before it’s dark.

Aditya helps Imli in reaching her home by riding the bicycle for her.

© Copyright tellybest.com, 2020, 2021. All Rights Reserved. Unauthorized use and/or duplication of any material from tellybest.com without written permission is strictly prohibited.
Cached Saved on: Thursday 28th of January 2021 07:58:01 PM