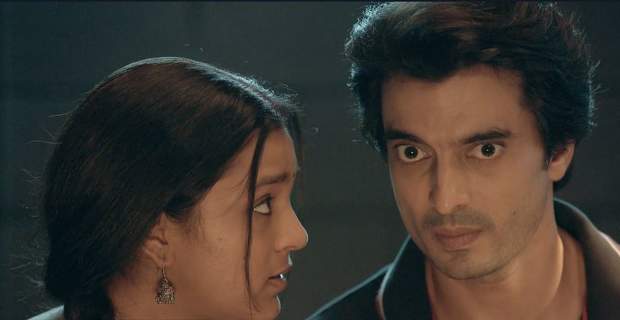 Today's Imli 25 October 2021 episode starts with Imlie and Pranav getting in to the same lock-up room where Aditya was kept.

Further, Imlie hides the truth from Aditya that Pranav has stolen the Pendrive as she also wanted to reveal that Pranav was the one who kept drugs in Aditya's room.

Later, Imlie tells Aditya that Pranav is the real culprit by writing in a code language on Aditya's back.

Pranav senses that Imlie is trying to plan something fishy against him. So, he tries to escape as early as possible.

In some time, Imlie and Pranav get the release. Imlie smartly stops Pranav as he tries to escape. As the cops tell Pranav that until the investigation gets completed he is not allowed to move.

After coming home, Malini tries to provoke Aparna against Imlie.

Fortunately, Aparna takes Imlie's side and tells Malini that she will bring Aditya safely home.

On the other hand, Imlie prays for Durgaa Maa to help her in her mission.

© Copyright tellybest.com, 2020, 2021. All Rights Reserved. Unauthorized use and/or duplication of any material from tellybest.com without written permission is strictly prohibited.
Cached Saved on: Friday 21st of January 2022 04:57:29 PM